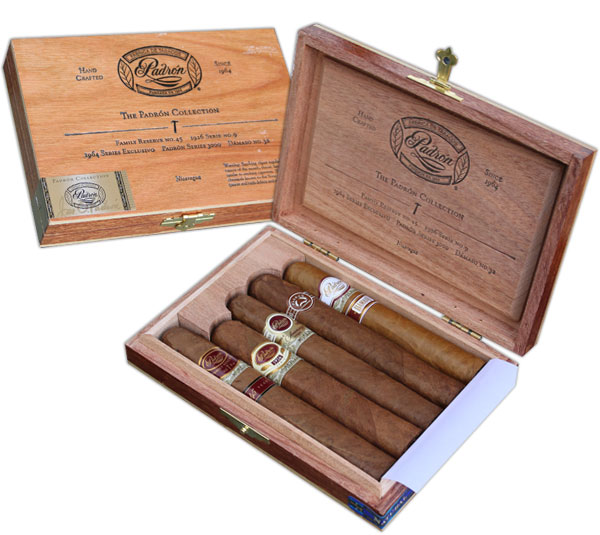 Ask just about any premium cigar smoker their top 5 favorite smokes and chances are you’ll be hearing the name Padrón, A LOT. The brand, introduced in 1964, is a living success story for the American dream. José Padrón escaped Cuban persecution in the 1960’s, coming to America with little more than the clothes on his back. José was gifted a hammer, allowing him to begin earning a living as a carpenter. This permitted him to save for his own cigar company: Piloto Cigars Inc. (aka Padrón Cigars).

It was many more years before Padrón became the brand we know and love today, but the hard-working spirit has always remained. In the mid ‘90s, Padrón introduced the world-famous 1964 Anniversary blend, commemorating 30 years since their inception. 10 years later, they released the equally esteemed Serie 1926 blend, honoring their 40th anniversary. And, keeping with the theme of anniversaries, introduced the special Family Reserve blend in 2008, showcasing their finest tobaccos and the family’s own private blend, commemorating their 44th year in business. These special blends, in addition to their baseline Padrón Series (aka “thousand series”) became the gold standard in cigar craftsmanship, leading the industry since the introduction of the 1964 over 20 years earlier.

Padrón has since added to their world-renowned lineup, now showcasing a more delicate Connecticut Shade-wrapped offering with Padrón Dámaso - rounding out their portfolio for smokers of every flavor profile. These 5 special blends are now available in 1 convenient package! Take home a world-class sampling of Padrón’s full range of cigar offerings. Start with the mild and creamy Dámaso and work your way into the heavy and fully intense Family Reserve. Available in natural and maduro varieties!

Size:
n/a
Pack:
5
Ask a question about this product
You will be added to the Connoisseur club wiating list.
Do you want to continue? :
Please Add me No

The Upsetters by Foundation Cigars