The cigar is dubbed Sociedad Secreta, which translates to mean “Secret Society.” This special project differentiates itself from former collaborations, as it is somewhat of a three-part collaboration, combining the talents and brainstorming of Smoke Inn, Secreto Cigar Bar, and ADV Cigars. In fact, this may very well be the first retailer-retailer collaboration on record, being concocted by Smoke Inn’s Abe Dababneh and Secreto Cigar Bar’s Ronnie Haisha.”Other than being very close friends, I have deep admiration for Ronnie’s personal touch and how he treats his patrons,” commented Abe Dababneh, owner of Smoke Inn Cigars. “It may be a cultural thing, but we both run our companies under the philosophy that the customer always comes first. I was really excited to work on a joint project with him. Our schedule and many projects prevented the full execution of our original plans, so when Ronnie suggested we make this a TGS release, I couldn’t have thought of a better idea!”

Sociedad Secreta’s third partner is boutique brand ADV Cigars, spearheaded by Henderson Ventura. Being an integral partner and master blender at the Ventura family’s burgeoning Tabacalera William Ventura factory in the Dominican Republic. Henderson has unlocked the tobacco vaults for Sociedad Secreta, showcasing vintage leaf throughout the cigar. This includes a dark San Andrés wrapper that has been aged four years, Broadleaf binder with five years’ age, and fillers of Nicaragua and the Dominican Republic, ranging from three to four years’ age.

Ronnie Haisha, of Secreto Cigar Bar, noted, “This is a very special cigar. It’s a cigar all medium-to-medium-plus-body smokers will thoroughly enjoy. It’s a tug of war between classic-style blending with modern materials. So why do you trust me? The nose… knows”

As with former TGS exclusives, the cigars have been rolled in extremely limited quantities, with 450 boxes of 10 cigars in total. Sociedad Secreta will first be made available on Feb. 9th at 7pm (ET) through a special TGS virtual event. Only TGS 2022 ticket holders (virtual or physical) will have access to purchase the cigars, and TGS tickets must have been purchased prior to the event. Like prior TGS releases, the cigars’ MSRP ($125/box) will be reduced for special event pricing that is TBA. 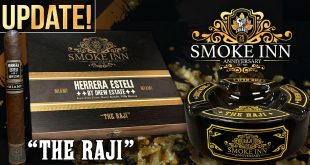 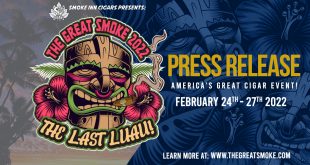 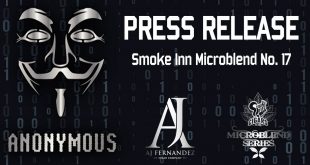