We thought for this Independence Day we’d look at the role cigars and tobacco played in our country’s freedom and the ways in which they continue to symbolize liberty today. With all that’s happening in the news lately, it’s easy to feel a little discouraged about the country’s direction perhaps. But the Fourth of July is a time for gratitude, first and foremost.

A time to remember the sacrifices that were made and the incredible courage and toughness of the early Americans who fought against impossible odds to win our Independence from King George III and Mother England. It’s also a time to think about what makes this country great and to remember that cultivating those qualities is what got us through the toughest times in our history. Those principles of limited government, popular sovereignty, natural rights, federalism, checks and balances, and the separation of powers are part of what make us strong.

For many people, perhaps Americans in particular, cigars have long been associated with freedom. Tobacco, whiskey and firearms were the trifecta of masculine self-determination in the Old West. They represent a man’s right to indulge and enjoy himself after a hard day’s work and his ability to protect and defend himself and the people he loves. They are symbols of rebellion and liberty, in some ways more than ever.

It’s completely understandable why many of us still tie the same romantic notions of freedom to our cigars and the rest. When the forces of government and busybody HOA types meddle with our ability to enjoy the things we cherish, it’s no wonder that we dig our heels in and feel like we’ve found a cause. But how did cigars become so closely associated with freedom? What are the ties that bind there and why has that association continued for centuries, remaining with us in the modern world? In celebration of America’s independence, we’re going to take a deep dive into cigars and freedom.

How Tobacco Made America Free

Most people know that American tobacco cultivation began early in our history, but did you know that growing tobacco on this soil pre-dates the United States itself?  Well, it does. By more than 100 years in fact. The first tobacco plantation in America was set up in Virginia in 1612. Tobacco and, by extension, cigars were a key trade commodity in colonial times. Tobacco did not grow well at all in rainy, old England so the British, having developed a love of cigars and pipe tobacco were dependent on imports from the Virginia colony and plantations in the Caribbean Islands.

They still are you could say. Sales of tobacco and even cigars made in Connecticut helped to indirectly fund the American Revolution and build our young country afterwards. True cigar aficionados will know that Connecticut shade tobacco is a valuable commodity for fine cigars to this day. It is said that Israel Putnam brought the first cigars to America by way of Cuba in the mid-1700s and set up the first American factory to make cigars in the Connecticut River Valley within a few years after that. From there, America’s love of cigars was up and galloping at full speed.

Not only did tobacco cultivation give the American colonies economic muscle. But the founding fathers actually used Virginia tobacco as collateral for French loans of rifles, gunpowder and gold that fueled The Revolutionary War. After the war was won, the fledgling 13 colonies of the United States used tobacco as one of their most valuable commodities to protect our hard-won sovereignty. Even 200 years ago, trade was still a serious measure of a nations clout and influence. In fact, until the Industrial Revolution and westward expansion, tobacco was one of the only commodities of real value the U.S. had for export and that made it incredibly important.

In modern America, it can often seem as though the nanny state is forever creeping upon our individual liberty. Well-meaning as they may be, the people who would police our every free moment and would like to have a say on everything we put in our bodies and when can be kind of a drag, right? Ultimately, we all have a duty to think of our fellow man. But we also have a responsibility as Americans to never forget that a large part of what makes America special is our respect for the sanctity of individual liberty. The simple idea that if you’re not hurting anyone else, you ought to be left alone to do as you please. This isn’t only an American idea, but we seem to be one of the only countries founded upon it and which still fights to preserve it today. Just a few things to think about as you enjoy your Independence Day with friends, neighbors and family.

We hope you got a little something out of our look at the contributions the tobacco trade made to the American Revolution and how we still associate cigars and the right to smoke them with freedom. Smoke Inn also wishes everyone a safe and fun Fourth of July. We hope you enjoy some excellent cigars along with the barbeque, beer and fireworks. We’ll be back next week to pick up our “Cigars With” multi-part series on pairing cigars with other things we enjoy.

And hey, if you’re local or happen to be visiting South Florida, be sure to reward yourself with a visit to one of the country’s best cigar shops in person. We’d love to see you.

Previous Cigars With… (Part 1)
Next Pairing Cigars with Food 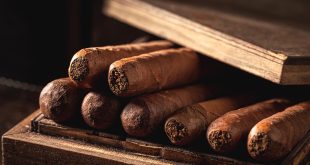 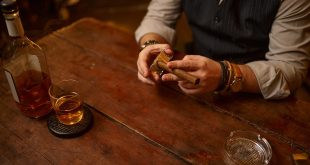 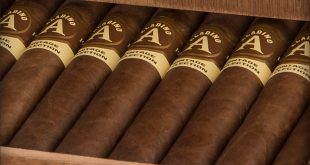