Costa Rican cigars find their way into even the most discriminating smoker’s humidors. The Central American nation of Costa Rica sits beneath Nicaragua and just northwest of Panama. It’s proximity to both Cuba and Nicaragua combined with its climate, altitude variations and history of political stability make it a perfect host for both cigar factories and tobacco cultivation. Tobacco cultivation and cigar production in Costa Rica is somewhat more decentralized than what you find in Nicaragua and most other major cigar producing regions. The closest thing Costa Rica has to an equivalent to Nicaragua’s cigar capital, Estelí, would be Puriscal. Though Puriscal is much more rural with only about 30,000 year-round inhabitants versus Estelí’s quarter-million or so.

Like Nicaragua and the other Caribbean cigar-producing enclaves, Costa Rica’s modern cigar production history stems largely from Cuban émigrés who arrived following their revolution and bringing their craft and some precious seeds along with them. Costa Rican cigars eventually gained a reputation for being among the finest quality. Much of this is owed to Cuban and local talent as well as the ideal soil, climate and growing altitudes. But it’s also indirectly influenced by Costa Rica’s politics. Crazy as it may sound, part of why Costa Rican cigars are so good is that the country is safe and stable and it has the highest minimum wage in Central America. The higher labor costs necessitated that growers focus on quality and distinguishing their products from others to remain competitive. Incidentally, these are all the same factors that led to Costa Rican coffee becoming a premium product sought for its quality.

Costa Rican cigars entered the market decades ago, but over the last 10-15 years they have really entered a renaissance of sorts. While the country produces some premium filler and binder tobacco, dark and maduro wrapper leaf from Costa Rica has also become a popular alternative for Brazilian, Mexican, and Broadleaf wrapper. Overall, it’s fair to say that Costa Rican cigars are better than ever. If you haven’t had the opportunity to explore them thoroughly, you’re in for a real treat. In fact, many of the new products Smoke Inn picked up at this year’s PCA show in Las Vegas are Costa Rican cigars. A few of our favorite Costa Rican cigar makers include names like: El Septimo, Atabey, Byron and Bandolero.

Some Costa Rican Cigars We Love

Some of you may be less familiar with cigars from Costa Rica than you are with the Dominican and Nicaraguan varieties. If that’s the case, we aim to remedy that with a list of some of our most favored Costa Rican cigars. Whether you’re new to them or not though, we’d be willing to be you will find a least a few of these below very enjoyable. So, let’s dive in. These aren’t in any particular order so feel free to start wherever you want on this list. Just make yourself a promise to try some Costa Rican cigars if you haven’t yet. We’re certain you won’t be disappointed.

El Septimo Costa Rican cigars are a labor of love from cigar enthusiast and luxury brand czar, Zaya Younan. El Septimo prides itself on the purity of its product. All El Septimo’s over 40 puros blends are sourced from organically grown Costa Rican tobaccos grown at an ideal 6500 feet above sea level. Hand rolled in the traditional Entubar method, they are aged between 5-15 years. Smoking an ultra-premium Costa Rican cigar like an El Septimo is an event worth remembering. These are top tier, no compromise cigars, so naturally the price reflects the love and commitment that goes into making them. They are the kind of cigar you reward yourself or someone you love with. Best appreciated by true aficionados or those aspiring to become one. Smoke Inn features El Septimos from each of their 4 collections.

There are 5 emperors represented in this collect with 10 cigars in total in various sizes and recipes. allowing for unique experiences across the line. The Emperor Collection marks El Septimo’s first use of Connecticut wrapper, with six of the 10 cigars boasting the shade-grown leaf, while the remaining four are maduros, like the Napoleon for example.

El Septimo’s Sacred Arts Collection features 7 unique Costa Rican cigars, each inspired by a famous Old World artist and their work. The El Septimo Botticelli is a perfect example of the breed. The first thing you’ll probably notice is the unique cigar shape. Known as a Salomon, it’s got a tapered foot with the rest resembling torpedo cigar types you’ve seen before. It’s a medium strength stick that features flavors of toasted oak with tantalizing notes of sweet island cane sugar, named after Sandro Botticelli and inspired by The Annunciation.

Named for El Septimo’s founder, The Zaya Collection is logically among the finest smoking experiences they offer. This series consists of eight unique cigars/sizes, with the common theme of utilizing five filler tobaccos—some of which have been aged up to 15 years! Due to the larger-than-average filler recipe, The Zaya Collection cigars feature larger ring gauges, making room for the complex tobacco recipe. Each cigar distinguishes itself through unique sub-band colors, with the smoking experiences ranging from medium to medium-full to full. However, commonalties of depth and complex transitions carry throughout the line. Standout flavors often include that of mineral-rich soil, classic leather, toasted oak, and bittersweet espresso.

Appropriately named for the German word for luxury, The Luxus Collection is a range of 10 fine Costa Rican cigars featuring unique sizes and smoking experiences. Strengths range from mild-medium to full. El Septimo ties the line together through a shared aging process of 10 years, plus 1 year of post-roll maturation. The Luxus Collection is known for imparting a velvety smoking texture, with the milder blends offering flavors of cedar and buttered toast, while the fuller-bodied blends take on characteristics of dark-roast coffee, toasted oak, and classic leather.

Bandolero is a line from Selected Tobacco S.A. which was founded by Cuba-born Nelson Alfanso The Costa Rican Bandolero’s are named for the storied tobacco bootleggers of the 1700s who made cigars in Central and South America illegally, directly defying the Spanish royals. Back then tobacco could be grown in the colonies and was, but by law, the cigars had to be made and distributed from the Sevilla Royal Factory in Spain and nowhere else. The Bandolero’s bootlegged the tobaccos and rolled them in the colonies, or adjacent countries and sold them in the New World as well as smuggling some back to the Old World.  The Bandolero Costa Rican cigars come in 3 varieties at the moment and we think they’re all pretty special which is why we brough them back from the PCA for you.

One of the things Selected Tobacco is known for is keep at least part of their recipes a secret, which only adds to the mystique of these fine Costa Rican cigars. The Bandolero Serie A Aventureos presents in a light brown, oily Ecuadorian Habano wrapper that bestows it with a fuller flavor, the binder/filler recipe however is a mystery. This is the most robust of the Bandolero’s for smokers who appreciate a muscular cigar. It showcases hearty notes of charred oak, leather, espresso, and dark spice.

The dark and oily Ecuadorian Habano wrapper makes an appearance in the Serie C Cladestino as well. With a Peruvian filler blend and an undisclosed binder this time around. Notes of spice, cedar, dark chocolate reward the smoker of this special Costa Rican cigar. The Clandestino comes in a couple of forms. Try the 5”x 50 torpedo Traviesos or the heavy hitter 6”x 54 Vanidosos on for size.

The Traficantes features a classic Colorado-shade wrapper and a secretive blend that puts is somewhere between the Serie A and C in terms of strength. But it definitely creates its own clearly defined flavor experience. All we know is the contents of the wrapper are Costa Rican. The Bandolero Serie T Traficantes is medium in strength, but just a bit spicier than the other two Bandoleros with notes of mocha, red pepper, earth making and appearance all concluded by a decadently creamy finish.

Costa Rican cigars made a strong showing at this year’s PCA show and we were happy to see Selected Tobacco S.A’s Atabey brand well-represented there too. Name for the mother goddess of the Taíno, the native Caribbean people who first introduced Columbus to the cigar which started it all. The superlative Atabey cigars are held in high regard and crush their reviews. In fact, aficionados don’t hesitate when comparing them to the Cuban legends.

Presented in a tasty natural Ecuadorian wrapper encasing a closely guarded secret blend. These medium-bodied Costa Rican cigars are approachable to even new smokers but offer sophisticated and complex flavors sure to satisfy the seasoned aficionado. Atabey’s Costa Rican smokes reward you with notes of clean cedar, almond butter, white pepper, and frothy cappuccino and an alluring aroma.

The Byron was introduced in 1998 and has made quite the name for itself among discriminating smokers. Inspired by the Cuban classics of past centuries, the brainchild of creator Nelson Alfanso, the Byrons have earned almost endless praise from expert palates. The Cigar Authority awarded the Byron Londinenses a 98.  Fine Tobacco NYC grants the Byron Reserva 5 Anos Habaneros a 91, just to name two.

Your local cigar place is more than just a spot to grab some cigars and go. If they’re doing it right, and we believe we are, then there is a sense of atmosphere there. Your cigar place should have a vibe that makes you happy to be there and want to spend some time. We hope you enjoyed our look at Costa Rican cigars and some truly shining examples of them. Stay tuned for a future installment on Honduran cigars as well as a feature on The Great Smoke that you are not going to want to miss, tickers for 2023 go on sale November 1st so set yourself a reminder in your phone. Smoke Inn has some very cool stuff in store for you all in the second half of 2022, so stick around and we’ll see you at the bar. 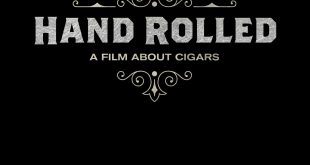 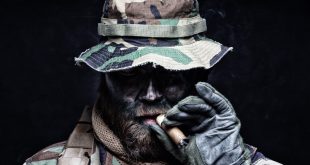 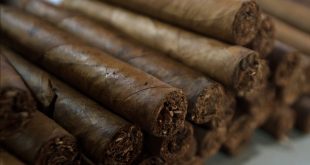